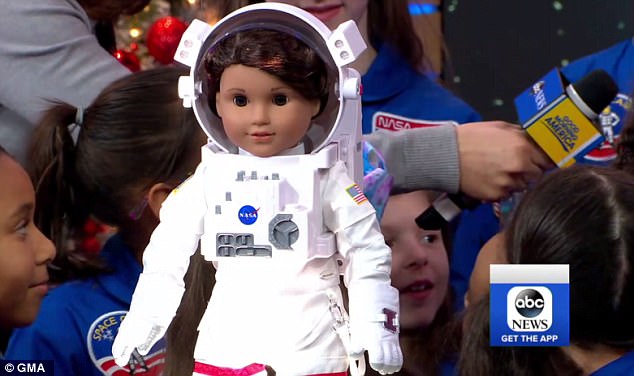 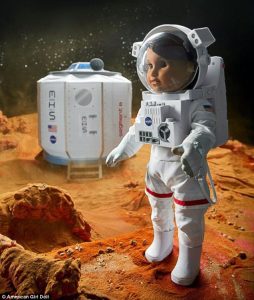 Aspiring Astronaut doll Luciana Vega is the top American Girl of 2018. American Girl is known for its series of dolls that define one or other character in life, and inspire young girls to find their place in the world. NASA is collaborating with a well-known doll and book company, American Girl, to inspire children to dream big and reach for the stars. The US space agency has partnered with American Girl to share the excitement of space with the public, and in particular, inspire young girls to learn about science, technology, engineering and math (STEM).

“It is so important to find exciting new ways to inspire our next generation of space explorers,” said Megan McArthur, NASA astronaut who serves on the project’s advisory board. “I always want to encourage girls and boys to pursue their dreams, no matter how big, and I think it helps to show how those dreams can become reality for any kid,” said McArthur. 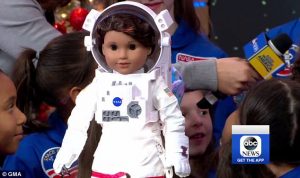 The 18-inch doll’s elaborate story, written by Erin Teagan, will be available in a Scholastic chapter-book series that focuses on her winning a scholarship to attend Space Camp in Huntsville, Ala. Children also can connect with the doll via the American Girl app, where they can scan the catalog pages and products “to unlock exclusive content, including augmented reality, trailers and videos, space simulations, quizzes and challenges,” the statement said.

Kids around the country can celebrate the new doll’s release at events hosted by stores nationwide. The debut events will feature interactive science demonstrations, galaxy-inspired treats and a free Luciana doll T-shirt, according to the company.

In addition to the 18-inch doll that will be sold in the store in catalog, there is also a three-book series about Luciana’s life that will be released next week.

Those stories detail more about the ‘natural born leader,’ and follow her as she wins a scholarship to space camp in Alabama. 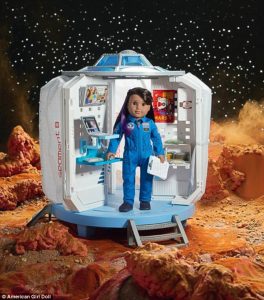 ‘Luciana is a role model for today’s girls — empowering them to defy stereotypes, embrace risks and failures, and chart their own course in life — whatever the goal,’ said American Girl president Katy Dickson.

Luciana fans will also be able to purchase ‘STEM-inspired outfits and accessories’ for their new doll. She follows in the footsteps of dancer and poet Gabriela McBride, who was the 2017 doll of the year.

Which are the Best Books for Computer Programming 2019?